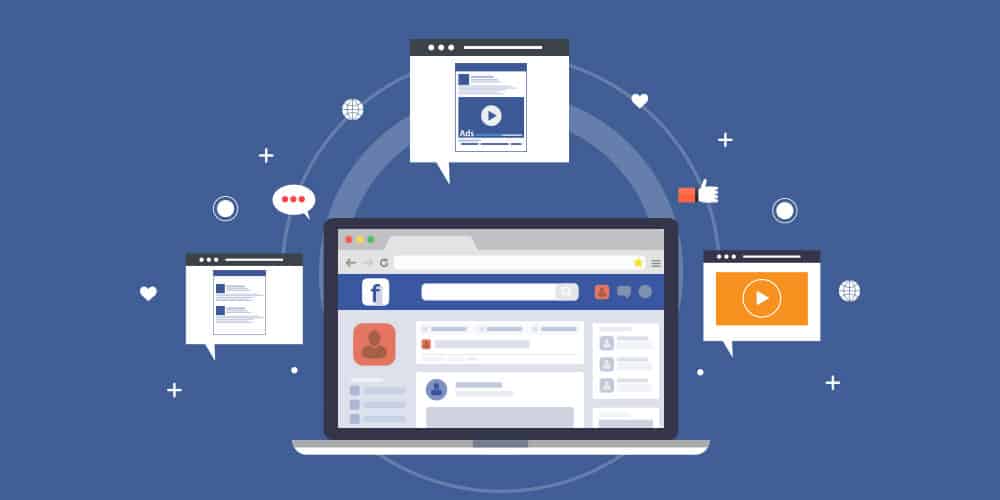 At the start of 2018, Facebook announced changes to how its news feed would work. In short, their intent is to put greater value on posts from friends and family, and posts which receive more sharing and commenting from friends and family. The flip side of this is that what Facebook refers to as ‘passive content’—videos and articles that are designed only to be watched or read, rather than interacted with in some fashion—will be reduced in priority. Publishers, small businesses, and other groups that use social media outlets as their main method of outreach tend to create advertising that is, in effect, passive content. Therefore, those groups will likely be the most affected and in greatest need of a shift in how they use social media to achieve their goals.

Before discussing tactics, it’s important to understand why these changes were enacted. First, as those who have used Facebook for long enough will know, the company fiddles with its algorithms now and again, and this is not the first time they’ve made changes which limit a business’ organic reach. (Facebook previously discussed changes that resulted in a reduction in organic reach in 2014, changes based on there not being enough room in most people’s news feeds for posts from all their friends and all the people or organizations whose pages they liked.) With respect to this change specifically, Facebook officials from Mark Zuckerberg on down have said that when people partake of more passive content, it makes them feel worse than if they’re engaging with someone they know and like. Facebook’s goal moving forward is for people to feel more positive after using the site, thus they want to push posts which create more engagement rather than passive content.

What, then, are the options for working around these changes?

Companies started connecting with people on Facebook to avoid paying for advertisements, so in a way this option feels like Facebook ‘won’. However, it’s the simplest to understand, so let’s get it out of the way. In short, Facebook routinely offers businesses the option to promote posts for a fee so their message gets out to as many people as possible. No matter how much you want to avoid paying Facebook for promotion, there may be posts you want to receive maximum exposure, and these algorithm changes may mean that paying is the only way to get the reach you’re looking for. Regardless of how often (or how rarely) you might use this option, remember that the option exists.

Rather than just having a thing you want to show people, turn it into a question to which they can respond. For example, if you run an auto dealership, instead of posting, “We have the new 2018 Shiny New SUVs in stock,” you could make a post that asks, “What amenities do you want on your 2018 Shiny New SUV?” That’s an overly simple example, but it leans into the algorithm change by giving people a reason to interact with it. That interaction is what will make the post rise further on other people’s feeds. There is an initial hurdle to overcome: getting people to see the post in the first place so they can interact with it. Paid promotion could help here, but what can also help a great deal is being consistent in your attempts to interact with your customer base. If people like interacting with your posts, they won’t scroll past them quite as quickly when they see a new one, which means you won’t need quite as many people to see them before comments begin to accrue and they become more widely spread. This, in turn, should increase the number of people who like your page, and lower the percentage who need to see new posts before the comments and shares spread it around even further.

Social media success relies on a snowball effect. If Facebook changes its news feed algorithms, that doesn’t mean the snowball can’t happen anymore; it just means you have to find a new way to start it rolling. Getting your customers to interact with, rather than merely see, your content is more important now.

Asking viewers to share content has been a relatively common request of creators on Youtube, and it’s certainly something that happens on Facebook and other social media outlets. Some social media sites, though, like Instagram or Twitter, lend themselves to sharing without requests for it more easily than Facebook. If you rely heavily on Facebook for outreach, and you shift towards more interactive content, you may also need to start leaving small notes in your posts asking people to share if they like what you’ve put up. Many people are hesitant to share even things that they like because they’re cognizant of the fact they’ll be filling the news feeds of their friends; however, if they like your posts and you make it known they’ll be helping you by sharing, that will break down some resistance in some people. The effect may not be huge, but since you’re investing effectively no time or resources by adding a share request to a post, even a small improvement in share/comment rate is an enormous return on that investment.

A secondary consideration, if you don’t do this already, would be to adopt a mindset of using ‘social media’ broadly rather than limiting yourself to specific sites. Different outlets are appropriate for different types of messages; think about what messages you could put out effectively on Facebook versus Instagram versus Twitter. Although a strong social media presence generally entails regular use of social media accounts, think less about having to use a given outlet ‘x’ number of times per day or week and more about just having the option available. Then, whenever you’re going to put out new content, decide which outlet is the best fit for that content. In this way you can either spread your messages to a wider swath of the online world, or realize through empirical data rather than assumption that a given outlet isn’t right for your company. You may find a way to make the new Facebook work for you—or find that you don’t need it anymore at all.

The best online marketing strategies are always shifting, whether it’s because one site changes its methods or another rises to become the next big thing. You can always reach out to us to find out how we can keep you on the leading edge of those shifts.